Exploring Porto: The Birthplace of Portugal and Port Wine

The nation of Portugal grew around Porto and the Douro river which meets the Atlantic Ocean after meandering through the old city. An important commercial port city, Porto connected the nation to the rest of the world and helped the Portuguese nurture some of the world’s great explorers: Vasco de Gama, Henry the Navigator and Ferdinand Magellan.

Fiercely protected by the locals, Porto’s long history has blessed the city with a huge array of architectural styles and fascinating streets full of structural anomalies. Ruins of the Celtic inhabitants from 300BC can still be found, and the oldest surviving structure, Porto Cathedral, can trace its history back to 1110. With a beautiful Romanesque rose window positioned above a Baroque porch, the cathedral displays the cosmetic surgery scars of a building which was not completed in essence until 627 years after the first stone was laid. The largely undecorated façade of the cathedral provides a decidedly fortified appearance – guarding over the historic centre of Porto. 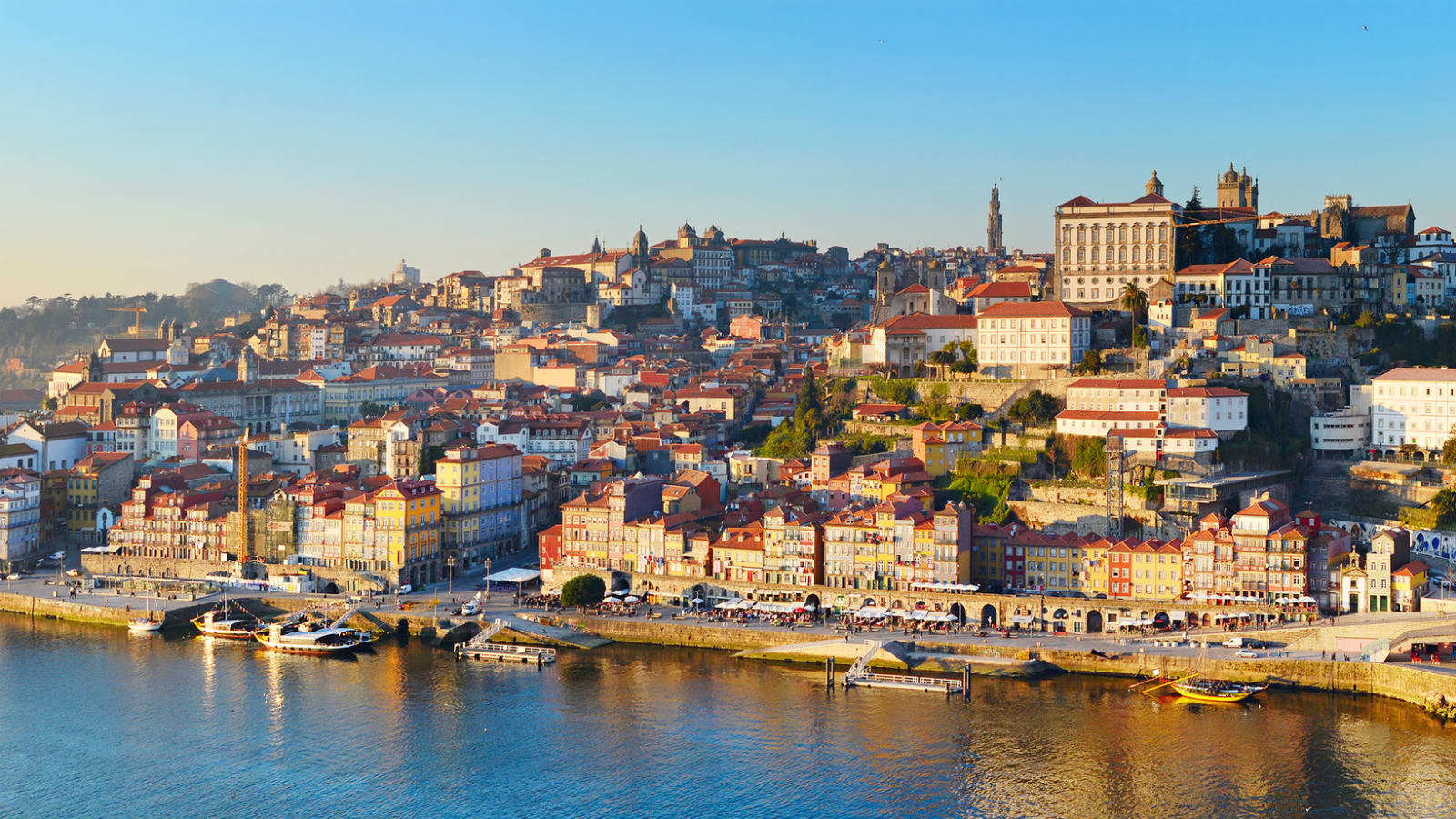 Many of the city’s real gems date back to the 18th and 19th centuries, a golden time of trade for Porto.  The Neoclassicism and Romanticism of the period is sewn throughout the historical core, with stunning structures such as the Palácio da Bolsa (Stock Exchange Palace) and the Hospital of Saint Anthony rising above the uniform red rooftops.

The European Culture Capital from 2001, Porto boasts an eclectic mixture of arts and culture, dating back hundreds of years. The city is home to the nation’s first moving pictures, film studio and Portugal’s most renowned film festival, Fantasporto.

At the city’s cultural heart is the Coliseu do Porto, a beautiful example of art deco and home to musical and theatrical events. From planning to completion, the theatre took 30 years to finish but still operates, regularly hosting shows.

A Guide to Port Wine

A trip to Porto seldom feels complete without a few port wine samples. Exclusively created on the banks of the Douro river, the shelves of Porto bars, taverns and cafes are filled to the brim with iconic port wine bottles, from common 10-year-old tawny ports to rare bottles more than a century and a half in age. Although mostly served following a meal in the UK, port wine is a common aperitif in Porto – sparking the appetite before a hearty Portuguese feast. Be careful though, most port wines are between 19 and 23% abv, meaning its sweet taste masks a considerable punch.

The most commonly and cheaply produced variation of the drink is ruby port, which achieves its rich claret colour when it is stored in concrete or stainless steel tanks after fermentation. Ruby port is traditionally blended, and the treatment process means it does not improve with age.

Tawny ports however, are aged in wooden barrels which exposes them to gradual oxidation, leading them to mellow to a golden brown colour and exhibit a nutty flavour. Most tawny ports are aged for 10, 20, 30 or 40 years, and must have completed at least two years in a wooden barrel.

Similar to the above, colheita port is aged in the tawny style but instead of indicating the age, the actual vintage year is noted.

Rarer than those listed above, garrafeira port is made from a single harvest of grapes which have oxidised in wooden barrels for three to six years before spending at least eight years in a large glass demijohn.

Rose and white ports have also become widely available in recent years. The former is produced by minimising the exposure to the grape skins, whilst the latter is made from fermenting white grapes.

Accounting for just 2% of port wine production, vintage port is made entirely from grapes of a declared vintage year. Unsurprisingly, these ports are highly sought after, and can fetch rather high prices.

With every designated port wine producing farm located within the Douro region, a cruise up the river provides the perfect opportunity to explore the beautiful vineyards. Under a seemingly perfect blanket of blue, these vineyards are an idyllic location around which to stroll and sample the nectar of the vine. Here are just three of the beautiful vineyards which can be explored when you’re in the area. Caves Calem – The vineyard recently celebrated its 150th anniversary, still employing many of the techniques which made their port wines hugely popular in the first place. One of the nation’s great producers of both red and white port whites.

Caves Croft – One of the largest port wine vineyards in the world, Croft gives you the chance to test your knowledge of the good stuff with the hugely popular blind test experience. Think you can match the knowledge of the local growers?

If you have any further questions about enjoying a river cruise upon the Douro, and exploring majestic Porto, please call our dedicated team on 1300 286 110. Alternatively, visit our Portugal section for a full range of great deals.