Discover the Game of Thrones Filming Locations in Croatia

HBO’s beloved fantasy epic Game of Thrones is returning to the world’s TV sets this April, where it’s almost guaranteed to go down as the most-watched final season in entertainment history. Ever since Sean Bean met his maker in season one, this sweeping drama has had its audience hooked – and we’ve no shame in admitting that we’re among those left enthralled by the show’s story, characters, action, and, of course, breath-taking locations.

Given the scale of Game of Throne’s set pieces and action sequences, it would be easy to assume the fictional land of Westeros is purely CGI magic. But no. Much of it is filmed in real locations, albeit with the help of a little post-production wizardry. From Ireland to Iceland, Malta to Spain, the show is set in countless real-world locations – though few have captured the imagination of the show’s fans quite like Croatia.

Ancient, fertile and bordered by the turquoise ribbon of the Adriatic, Croatia was chosen as the perfect location for filming scenes set in southern Westeros.

If you’re a fan of Game of Thrones and have been bowled over by some of the show’s striking locations, Croatia should be at the top of your travel list. From the heritage cities of Dubrovnik and Split to the beautiful isle of Lokrum, Croatia is home to many of GoT’s most famous filming locations – and you can experience them all with Emerald Cruises.

Discover Croatia’s Game of Thrones filming locations in our interactive guide below.

Capital of the ancient region of Dalmatia, Dubrovnik is often described as the “pearl of the Adriatic” for its incredible history and architecture. Many scenes from Game of Thrones were shot in the city’s Old Town district, which served as the main inspiration for the Westerosi capital, King’s Landing.

Capital of the ancient region of Dalmatia, Dubrovnik is often described as the “pearl of the Adriatic” for its incredible history and architecture. Many scenes from Game of Thrones were shot in the city’s Old Town district, which served as the main inspiration for the Westerosi capital, King’s Landing.

Dubrovnik was founded in the 7th century BC by Greek refugees, and grew as a major fort and trading town on Croatia’s fruitful Adriatic Coast. The city is characterised by its orange-tiled buildings and imposing city walls, which perfectly match the aesthetic of King’s Landing’s ‘Red Keep’.

Just off the coast of Dubrovnik is the beautiful Isle of Lokrum, which also served as a significant backdrop in the GoT saga. Covering 72 hectares and accessible only by a 15-minute water taxi from Dubrovnik, this small Adriatic isle is revered for its natural beauty and heritage, and is one of the most popular spots for Dubrovnik’s locals to enjoy a relaxing swim.

With a population of over 200,000, Split is not just Croatia’s second city, it’s the biggest and most influential on the Adriatic Coast, and has the history and heritage to prove it. Regarded as the gateway to the islands of Dalmatia, the city is home to Croatia’s busiest port, with ships and ferries departing regularly for destinations including Hvar, Brač, Vis, Korčula and even Ancona, on Italy’s eastern shores.

Split’s remarkable heritage is centred around Diocletian’s Palace, an ancient Roman monument that’s embedded in the history and architecture of the city. It’s here, amid the columns, pillars and porticos of this remarkable, where many scenes from the Game of Thrones series were filmed.

Elsewhere around Split, other GoT treasures can be found – from the impressive Fortress of Klis, which is also closely linked to Daenerys and Meereen, to the historic town of Žrnovnica, backdrop to one of season four’s great battle sequences.

Located 17 miles north up the coast from Split, the historic town of Trogir is a must-visit destination in Dalmatia. The town is steeped in history, with evidence of Greek and Roman habitation, and a wealth of exquisite Venetian-style architectures spreading from its waterfront.

Often compared to Dubrovnik, Trogir is home to medieval city walls which stretch along the southern side of the town, though they no longer encircle the complete settlement as they once did.[i] The town is revered for its Venetian Gothic architecture, including the Cathedral of St Lawrence and the City Loggia.

The wonderful city of Šibenik is a delightful stopping-off point in northern Dalmatia – though it is easy to miss, being located within a natural harbour inland of the main Croatian coastline. Home to a handful of heritage sites, as well as some of Dalmatia’s most highly-prized nature reserves, it’s a place steeped in history, from Gothic and Renaissance architecture inspired by the Venetians, to the imposing stone fortress of St Nicholas.

Šibenik’s location in a natural harbour at the mouth of the Krka River has made it an important trading destination since ancient times, and has contributed the city’s present-day architectural splendour. This unique location is also one of the reasons why GoT’s producers chose it as a filming location.

Many of the scenes depicting Arya Stark’s travels through Braavos were shot in Šibenik, including her arrival in the Free Cities and her first interactions with the Faceless Men. And it wasn’t just Šibenik’s location that made it the perfect fit for Braavos; historically, the people of Šibenik were revered for being skilled swordsman and sailors, much like the Braavosi featured in the show.

Tips from the pros Lisa of Girl about the Globe was delighted by Lokrum upon her Game of Thrones-inspired trip: “The island of Lokrum was used in season two as a stand-in for the city of Qarth. This green island is home to a botanical garden which inspired a number of scenes.

“It’s easy to see why it was chosen as a destination with its rugged cliffs, and pine tree forest trails leading to the beach. The island was once a settlement for the Benedictine monks, and you can explore the former monastery which also starred in Game of Thrones.” 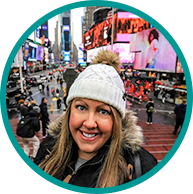 Vicky from Eat Sleep Love Travel has also spotted a few extra places of note in Dubrovnik. These include Littlefinger’s brothel from season four (Ethnographic Museum), the steps where the speech against the Lannisters was delivered in season two (Dominican Monastery) and the location of one of the most famous Game of Thrones scenes ever – Cersei Lannister’s ‘Walk of Shame’ (Jesuit Steps).