The food of the region also differs significantly from the rest of the nation, born from the Mediterranean climate and rugged landscape. Indulgence is mandatory in the Provence with an extensive menu to explore and enjoy, washed down with a glass of the region’s wonderful wine.

A beef stew, traditionally cooked for 24 hours in a daubière and eaten by the working class; daube is made up of cheaper cuts of beef braised in wine, vegetables, garlic and local herbs. The daubière is a terracotta pot which resembles a pitcher with a concave lid – ensuring the stew within remains moist and flavoursome. A chilled omelette loaf; this very traditional, delicate and delectable Provençal dish can be layered into an omelette gateau – a favourite in the ancient city of Avignon. The most traditional filling for the Crespèus omelettes is a mix of fried salt port and sautéed potatoes – providing a rich and wholesome flavour.

Perhaps the most famous dish from the Provence, bouillabaisse originates from the proudly working class city of Marseilles. A rich fish stew, bouillabaisse traditionally calls for the undesirable seafood such as rockfish which the local fishermen struggled to sell at the market. Modern (and more expensive) variations may include langoustines, but will still be stewed in a similar leek, onion, tomato, celery and potato mix.

Originating in the city of Nice, ratatouille is a popular summer dish in the Provence. Horribly represented by tinned variations in the UK, authentic ratatouille is more of a stew than a side dish made up of layers of tomatoes, onions, courgette, aubergine and peppers. Ratatouille is also a traditional filling for omelettes, with the veg cut into smaller chunks for a snug fit. 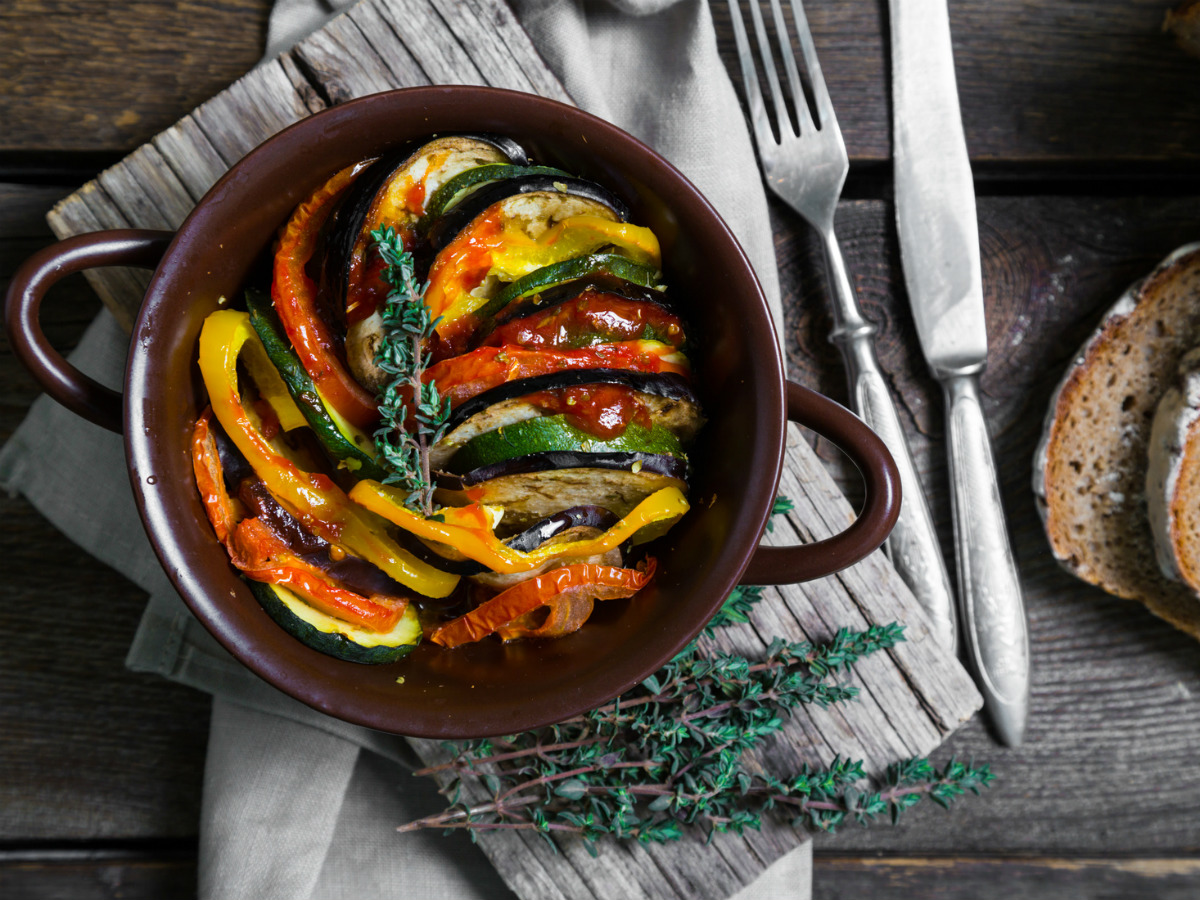 With a name blessed by wonderful French accents, pissaladière is the region’s sophisticated take on pizza. Another creation from Nice, the dough is traditionally stretched into a rectangle topped with caramelised onions and diced garlic. With a little Gallic flair, anchovies are then placed on the pissaladière in a uniformed criss-cross pattern, with a pitted olive carefully placed in every gap.

A hugely popular and warming dish eaten by the Provençal locals throughout the winter, Brandade de Morue is a heady emulsion of salt cod, olive oil, milk and garlic. Like all great comfort foods, Brandade de Morue is best eaten with a big hunk of bread, dunked into the creamy, salty mixture.

A paste or dip consisting of finely chopped olives, capers, anchovies and olive oil, tapenade is made up of the quintessential flavours of the local towns. Although the olives are the standout taste and smell of the dish, the name comes from the Provençal word for capers. Regularly served atop slices of bread as an hors d'œuvre in Provençal homes, and at sophisticated dinner parties throughout the region.

The scourge of dentists all around the world, nougat can trace its history back to the Provence region of France. The Nougat de Montélimar, made from egg whites with roasted pistachios and almonds secured in place with sticky caramel, is a devilishly delicious snack.

This wouldn’t be an article about French cuisine without mentioning a guilt-inducing cake. A rich cream-filled brioche from the paradise town of Saint-Tropez, the Tarte Tropézienne can trace its history back to 1960s. Legend has it that the tart was originally created by a local bakery at the request of a then-unknown actress, Brigitte Bardot whilst filming her debut film, And God Created Women. 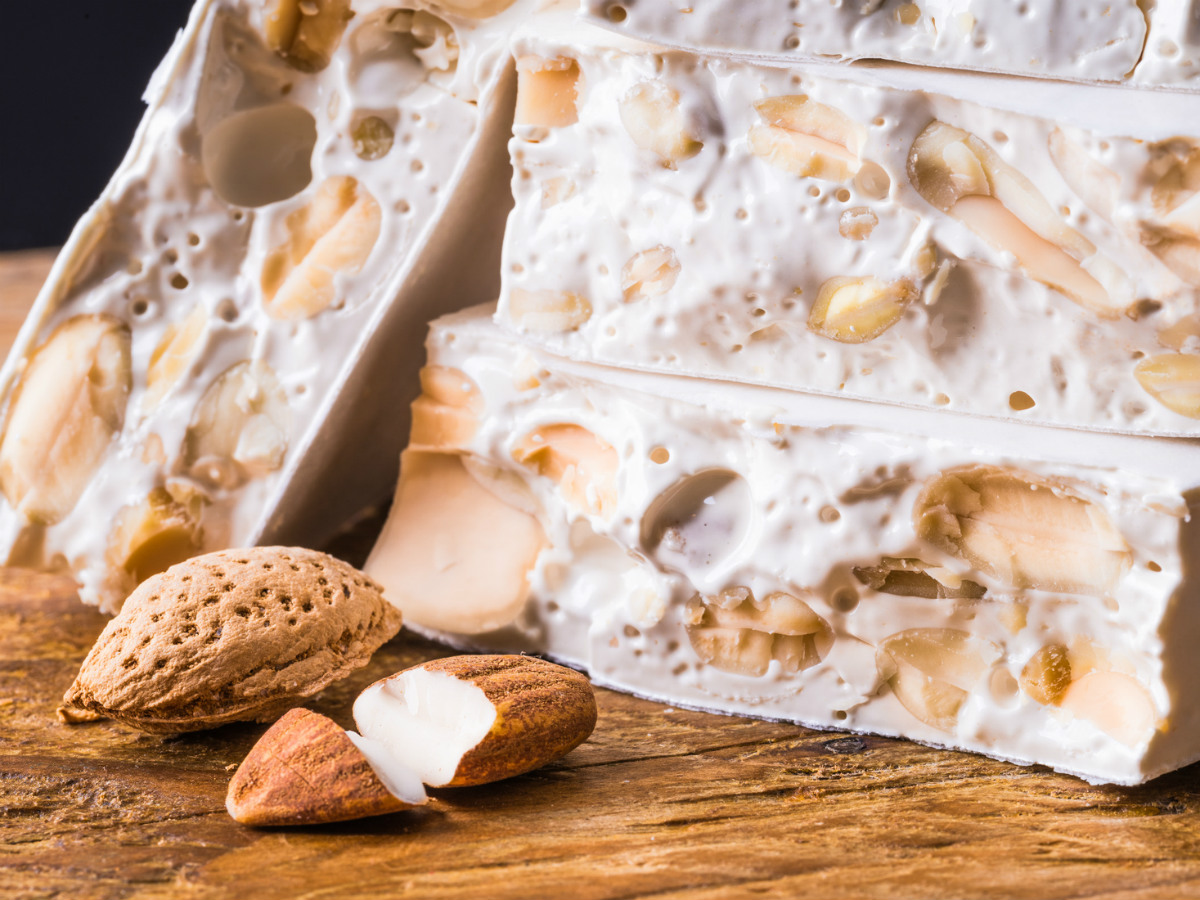 So not technically food, but we thought we’d offer pastis as literary digestif – the anise-flavoured spirit has been popular in the region for close to 90 years. Fellow anise-flavoured spirit absinthe had been banned in France in 1915 for its alleged harmful effects, so it was hardly a surprise the pastis was welcomed with open arms when it was entered in the market 17 years later.

For a culinary tour around the Provençal region of France, Emerald Cruises operate enchanting river cruises down the Rhône. For more details about cruise availability, visit our dedicated Rhône River Cruises page or call our team on 1300 286 110.