The beginner's guide to opera: origins, history and styles

Opera: for many, an artistic benchmark. Since its inception in the 17th century, this peerless art form has held a mirror to the changing face of European society and culture – reflecting its triumphs and sorrows, its great loves and deepest fears.

Think opera, and an image of a solo singer, performing in front of a packed auditorium, doubtless springs to mind. But the movement is so much more than just an exercise in vocal skill, encompassing a variety of artistic and cultural forms, and influencing the creation of some of Europe’s most beautiful buildings.

If you’re new to opera but are interested in the impact it had on European culture, our introduction to the genre provides essential information on its origins, history and styles – as well as the spectacular buildings erected to showcase it.

The origins and history of opera

The story of opera begins in the 17th century, a time when the Baroque had reaffirmed the significance of the arts and Europe’s great composers, artists, poets, musicians and dancers were seeking a new, contemporary outlet. Emerging in the royal palaces of Italy and France, opera soon swept across the continent – inspiring a new generation that a career in the arts was attainable.

Opera’s earliest incarnation was quite unlike the shows we’re used to today. Developed to indulge kings, queens and their visiting dignitaries, operatic performances were more a propagandist spectacle than a dramatised musical story – a pompous, ostentatious display of wealth, complete with vast processions, elaborate stage settings, and ornate costumes.

Following this early period, opera moved towards portraying classical themes through story and song. Mythology was a particular focus, with what’s considered the world’s first opera, Orfeo, being based on the Greek myth of Orpheus.

By the 18th century, opera had developed into a fully-fledged art form, and one commanded by a new wave of prodigious composers. Handel, Mozart, Beethoven, Bach – the iconic composers of the age transformed opera forever, cementing it as a high art form, and one of the most influential cultural movements in Europe.

If the likes of Handel, Mozart and Beethoven laid the foundations of opera, Verdi, Wagner, Mussorgsky and Janacek finished the building. These legendary 19th-century composers became national heroes for their contribution to the operatic form – transcending the fame of their predecessors, and taking the movement into new, bold directions.

By the 20th century, opera was transformed beyond recognition, both by the nationalist trends of the mid-19th century, and the audacious, innovative approach taken by the likes of Debussy and Strauss. Opera had become multi-faceted, not affixed to a single theme or musical genre, but flexible, adaptable and influenced by all musical and artistic styles and trends – from jazz to chamber to classical.

Opera is among the most varied musical productions in history, encompassing many genres, themes and art forms. Since the 17th century, dozens of master composers have inspired new operatic styles, taking influence from some of the key movements in European history. Here, we explore four of the key styles of the genre, and some of their classic operas.

Baroque opera was among the earliest iterations of the movement, coming in around 1600. Many of these early operas featured over-the-top backdrops, costumes and performances; a way to help kings, dukes, queens and princesses show off to their dignitaries. They were also seemingly obsessed with Greek tragedies and myths, with Henry Purcell’s Dido and Aeneas being a classic example of early Baroque opera. 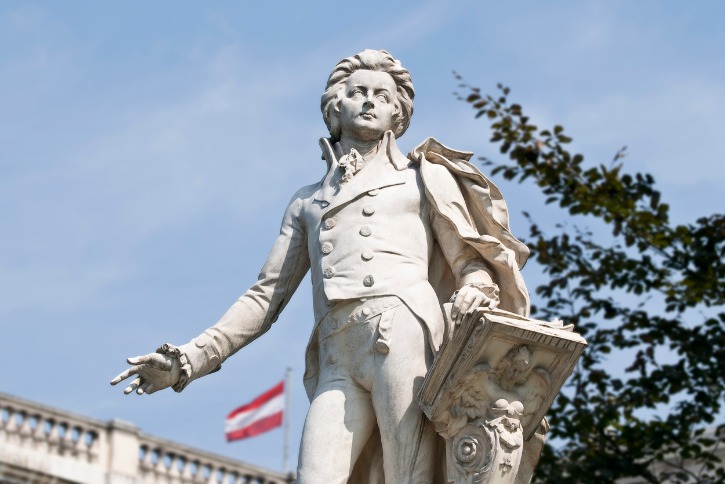 Emerging in the 18th century, classical opera was very much influenced by the great composers of the age, including Mozart, Beethoven and Handel. Classical opera saw a move away from the drama of the Baroque to a much more subtle but emotionally-charged performance, wherein the music played a larger role in the story. One of the very best examples of a classical opera is Mozart’s Don Giovanni, which was first performed in Prague in 1787. The Romantic movement had a profound influence on many aspects of art and culture, including opera. In Germany, a new wave of composers like Heinrich Marschner, Carl Maria von Weber and Albert Lortzing drew on the philosophical and literary elements of the movement to shape a new style of opera – one steeped in themes of love, loss, and the supernatural and mythical worlds. Der Vampyr, composed by Marschner, is among the most popular and widely known operas from the Romantic period.

By the 20th century, opera was a free-flowing and ever-expanding art form, encompassing a range of styles, themes and musical genres. Contemporary composers had carried operatic traditions forward into the present-day, and new movements began to emerge, including minimalist opera. Composers like Boulez and Schoenberg flipped classical forms on their head, reinventing harmonies and rhythm which have breathed new life into operatic standards. John Adam’s Nixon in China is considered a fine example of minimalist opera.

By the 20th century, opera was a free-flowing and ever-expanding art form, encompassing a range of styles, themes and musical genres. Contemporary composers had carried operatic traditions forward into the present-day, and new movements began to emerge, including minimalist opera. Composers like Boulez and Schoenberg flipped classical forms on their head, reinventing harmonies and rhythm which have breathed new life into operatic standards. John Adam’s Nixon in China is considered a fine example of minimalist opera.

The Vienna State Opera is not only among the finest buildings in the Austrian capital, but is also among the world’s most prestigious 19th-century opera houses. Designed by Viennese architect, August Sicard von Sicardsburg, the building was cordially opened on 25 May 1869, with a performance of Mozart’s Don Giovanni for Emperor Franz Joseph. Sadly, the opera house was badly damaged during WWII, but has since been restored, and now hosts regular performances of beloved operatic productions. 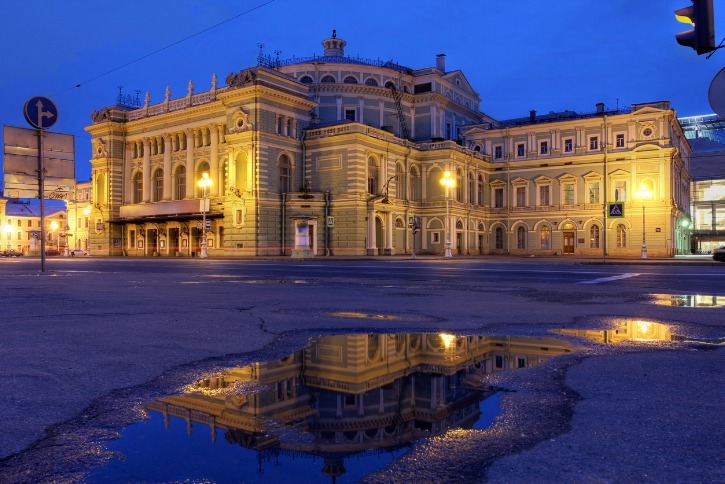 The Mariinsky Theatre has a long and storied heritage, tracing its history back to 1783, close to the very inception of St Petersburg. Originally playing host to the legendary Bolshoi Ballet, the Mariinsky began hosting performances by the Russian Opera Company in the early 19th century – a tradition which has continued since. Several major renovations during the 19th century led to the Mariinsky being named among the world’s finest opera houses for acoustics alone, while the neoclassical architecture makes it one of the must-see sights of St Petersburg. 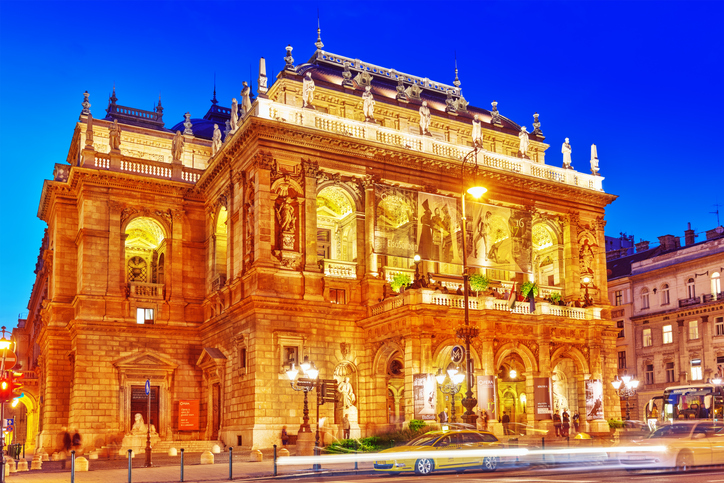 Following the unification of Buda, Pest and Obuda in the 19th century, Budapest experienced something of a cultural revolution – including the rapid adoption of opera as its principal music and art form. The development of Andrassy Avenue, one of Pest’s most beautiful boulevards, led to the construction of the Hungarian State Opera House, which is today regarded as one of the most beautiful opera houses in Europe. Built in a Neo-Renaissance style, the building was designed by Miklos Ybl, and today hosts a rolling programme of opera and ballet performances.

Arguably the most famous opera house in Europe, the Prague State Opera House, or Estates Theatre as it’s known today, is an 18th-century concert venue, designed and built in the mid -1700s. Spectacular in its design and scale, the building is one of the highlights of Prague Old Town, and a must-see as part of your tour of the city. The opera house is best known as the first venue in which Mozart’s Don Giovanni was performed, an event which took place on 29 October 1787.

Whether you love opera or architecture, you can explore both as part of a European river cruise from Emerald Cruises. Several of our handpicked itineraries feature optional DiscoverMORE activities, such as opera house tours and private concerts, so you can gain a deeper understanding of Europe’s bygone musical heritage. For more information or to book your place, visit the homepage or call our team on 1300 286 110.