Renaissance art and architecture: The movement explained in 8 works

A cultural turning point, the Renaissance gave rise to some of the most iconic art and architecture in world history.

From figures like Michelangelo and Leonardo da Vinci to artworks like Mona Lisa and The Last Supper; the Renaissance of the High Middle Ages was, without question, the most formative period in the history of art, architecture and philosophy. Emerging in Italy in the early 1400s, the movement drew on themes from Classical antiquity, its influence spreading across the continent, from the Iberian Peninsula to the shores of the Baltic Sea.

Those interested in the origins, history and characteristics of Renaissance art and architecture will be well catered to on the rivers of Europe. Many of the continent’s historic capital cities feature Renaissance architecture, while their galleries play host to many fine examples of the movement’s celebrated artworks.

Inspired by the rediscovery of classical culture and art, the Renaissance art movement began around 1400, reaching its peak in the High Renaissance period of 1500-1530. Considered one of the most influential phases in global art history, the Renaissance saw the rise of prodigious artists including Michelangelo, Leonardo da Vinci and Raphael, and inspired the development of Europe’s foremost artistic and architectural sub-styles – from Baroque and Rococo, to Neoclassicism.

While the Renaissance began in Italy, its influence swept across Europe throughout the Middle Ages, with a generation of artists emerging across the continent. Here, we take a look at four examples of Renaissance art you can discover on a European river cruise from Emerald Cruises.

Descent from the Cross

Created in the early 15th century, Descent from the Cross by Rogier van der Weyden is an early example of Northern Renaissance art, painted to sit within the halls of the Chapel of Our Lady in Leuven, the capital of the Flemish Brabant region of Belgium. Believed to have been painted sometime before 1443, the work is typical of the early Renaissance, particularly in northern Europe, which had steadily adopted the tropes of the movement from Italy by the mid-15th century. Depicting the descent of Christ from the cross, the figures within the painting are near life-sized, which was common for the genre. Today, the panel sits in Madrid’s Museo Nacional Del Prado, and is considered one of the best-preserved examples of early Northern Renaissance art. 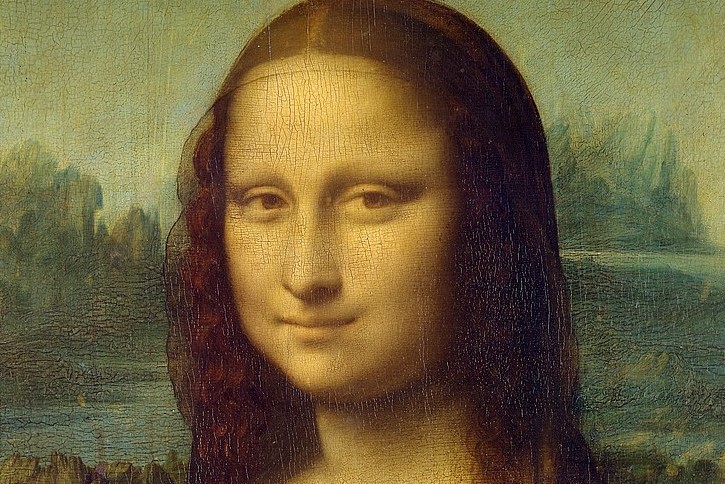 Among the most celebrated and recognised artworks in the world, Leonardo da Vinci’s iconic Mona Lisa is a masterstroke of the Renaissance style. While the history and origins of the painting are shrouded in mystery, most experts now agree that it depicts Lisa Gherardini, the wife of Florentine cloth merchant, Francesco del Giocondo, and was probably completed in Florence, in 1503. Among the earliest examples of Italian Renaissance portrait painting, da Vinci pioneered the movement’s half-length form, wherein only the head, arms and upper body are included in the frame. The Mona Lisa can be viewed in the prestigious Louvre Museum, Paris, where she has hung since 1914. 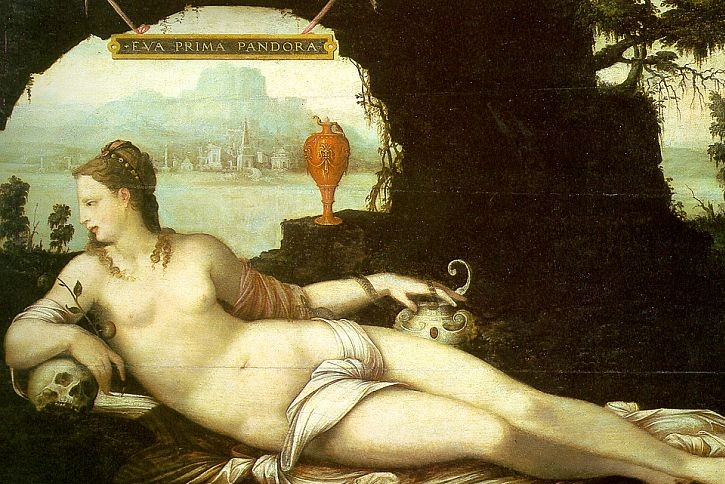 Borrowing from religious iconography and classicist heritage, Jean Cousin le Vieux’s Eva Prima Pandora is a fine example of French Renaissance art, which you can appreciate at the Louvre Museum. Considered Cousin’s masterpiece, the painting depicts an idealised version of Eve, as well as elements and themes associated with Pandora, a leading figure in Greek mythology. This coming together of classical learning and Western Christianity proved an enduring hallmark of the Renaissance period, with artists borrowing themes and characteristics of both secular and non-secular allegories. You’ll find Cousin’s Eva Prima Pandora on the second floor of the Louvre’s Richelieu Wing.

Madonna in the Church

Jan van Eyck emerged as one of the figureheads of the Northern Renaissance movement, revered for his duteous portraiture and exceptionally detailed landscapes, which appeared to draw the eye into the distance. Born in Maastricht, Netherlands, in 1385, the artist spent much of his life in Bruges, Belgium, where he created some of his most highly-regarded works, including Madonna in a Church. Depicting the Virgin Mary as the Queen of Heaven, the painting is celebrated for its rich colour and detail, particularly the realistic pools of lights which pour through the interior of the painting’s notably Gothic cathedral. See Madonna in the Church at Berlin’s Gemäldegalerie.

The Renaissance architectural movement emerged in Italy in the 15th century, and borrowed heavily from classical styles and structures, particularly ancient Roman and Greek designs. During the High Renaissance period, it became the go-to architectural trend throughout Italy, quickly spreading as far afield as the Baltic States, the Iberian Peninsula and the British Isles.

Let’s take a look at a handful of Renaissance buildings you can admire on an Emerald Cruises’ European river cruise.

With its medieval city centre, Antwerp is a fascinating city to explore on foot, its ancient buildings capturing its history as one of Europe’s most powerful cities. At the heart of Antwerp sits the town hall, which is without question the finest example of Renaissance architecture in the Low Countries. In use since the 16th century, the building, with its wonderfully ornate façade, is a classic example of the High Renaissance movement in northern Europe, and is today strewn with the flags of the member states of the European Union. Take a walking tour of Antwerp centre, and marvel at this incredible example of Renaissance design As one of Europe’s most beautiful cities, Prague offers a showcase of architectural styles, from the Romanesque and medieval to the High Renaissance. One of the city’s hidden gems, Queen Anne’s Summer Palace incorporates elements of the Renaissance genre, having been designed and built by master Italian architect and builder, Giovanni Spatio. Spatio was celebrated for his elegant Italian Renaissance designs, and he spared no expense in the creation of the palace, which was built for Anna Jagiellon by the then-King of Bohemia, Ferdinand I. Today, the Royal Summer Palace, which is located in the grounds of Prague Castle, remains one of the finest Renaissance buildings outside of Italy. The wonderful Louvre Museum of Paris incorporates several architectural styles, but one of its oldest sections, the Lescot Wing, presents a striking example of classic French Renaissance. This section of the iconic palace is named for its designer, Pierre Lescot, who was one of the leading figures of the French Renaissance school in the mid-16th century. Lescot began redesigning a section of the Louvre in 1546 at the bequest of Francis I, and incorporated both classicist and Renaissance elements into his design. The Lescot Wing is today revered for its beautiful facade, columns and domed gables, and is widely considered one of Paris’ finest examples of Renaissance architecture, with other notable buildings including the historic Hôtel Carnvavalet.

The great ruin of Heidelberg Castle presents one of the unmissable highlights of Germany’s Neckar Valley region, and it’s hard to imagine a more inspiring location in which to explore one of northern Europe’s finest examples of Renaissance architecture. First mentioned in 1255, Heidelberg Palace would go on to become one of the grandest, most palatial Renaissance structures in Europe, with a sweeping façade typical of the movement. Sadly, during the War of the Grand Alliance in the 17th century, the palace was partially destroyed by French forces, and later reduced to ruin by devastating lightning strikes. Today, however, the palace’s ruinous shell remains of breath-taking beauty, and is one of the foremost highlights of a Rhine-Main river cruise.

Inspired by Europe’s fascinating Renaissance history? Join Emerald Cruises for a deluxe river cruise, and immerse in the continent’s striking cultural heritage. For more information or to book your place, visit the homepage or call 1300 286 110.