Marvellous museums to discover on your River Cruise 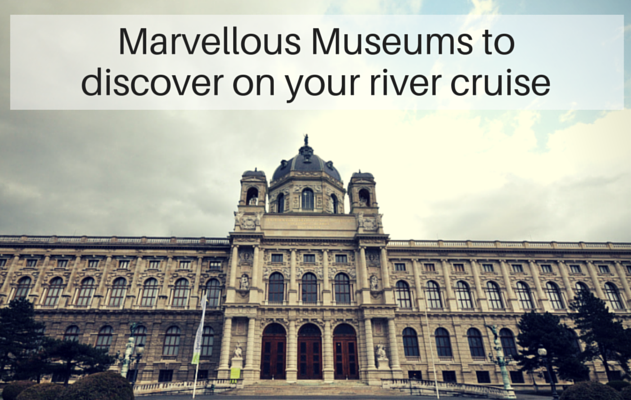 From the plethora of fantastic events to the opportunity to experience new cultures, there’s plenty of reasons why European river cruises are enjoyed by millions of people each and every year.

On the subject of culture, one of the best methods of experiencing this is through exploring the museums dotted across the continent’s countless cities – all of which are home to some of the rarest and most incredible artefacts in the world. Here’s just a sneak peek at some of the museums you could be visiting on your river cruises across Europe with us.

We start our journey through the continent’s museum in the Netherlands, with the Rijksmuseum in Amsterdam offering a unique look at the nation’s history from the Middle Ages through to the present day. As well as documenting key moments in the history of the nation, the Rijksmuseum is heralded for its wealth of artistic masterpieces; collectively the museum’s collection consists of more than one million objects, 8,000 of which are on display. There are more than 2,000 paintings hanging on the walls of the Rijksmuseum, among the most famous being The Night Watch by Rembrandt van Rijn – considered one of the greatest painters in European art. Among the key events taking place in the coming months include Exotic Luxury in the Golden Age. A collection of 17th Century paintings, still-lifes and portraits of people alongside items of Asian luxury, it’s an exhibition which shouldn’t be missed when it arrives at the Rijksmuseum on 17 October.

Staying in the Dutch capital, our next museum may not be laden with rich artefacts, but what it does offer is a touching insight into one of the world’s most courageous people. The story of Anne Frank has been told to millions of people all over the world, and the chance to discover the Anne Frank House - the exact house where Anne evaded the Nazis for so long - should not be missed. Receiving around one million visitors every year, one of the priceless items on display is Anne’s original diary – a story which has since been translated into more than 60 different languages.

Next we head to Germany, with Museum Ludwig in Cologne another key destination in the name of European art. Specialising particularly in modern art, it houses a vast collection of works from pop art, surrealism and abstract; Roy Lichtenstein and Andy Warhol are among the famous painters whose works adorn the walls. With a staggering 900 individual pieces from the great Picasso, Museum Ludwig is also renowned for having the third-largest Picasso collection in the world, beaten only by the dedicated Picasso museums in Barcelona and Paris. 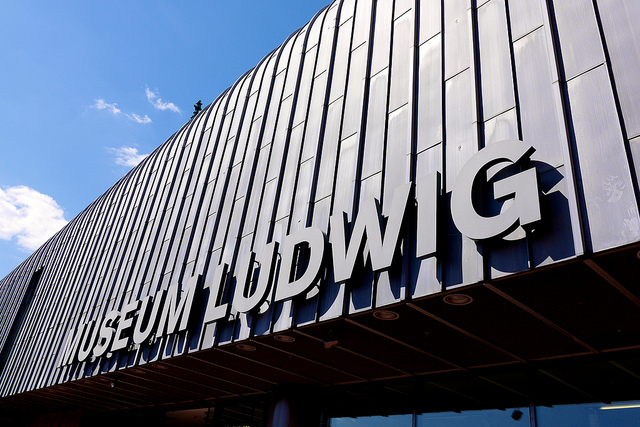 If you’re looking to visit during your river cruise holiday with us, temporary exhibitions you can enjoy include the works of the 2015 Wolfgang Hahn Prize winners Michael Krebber and R.H Quaytman. Having opened to great acclaim back in April, it will remain at Museum Ludwig until 30 August.

Travelling to France, the Museum of Fine Arts in the city of Lyon serves as a dream destination for cultural enthusiasts and its collection of pieces from ancient Egypt through to modern art makes it one of the most important museums on the continent. As well as paintings from Manet, Van Gogh and Francis Bacon among others, the institution is also home to sculptures and antiquities from all ages through history. One of the popular features details ancient Egypt, a collection containing over 600 objects and spread across nine different rooms. Just one feature is a green sandstone head of Nectanebo II, the last pharaoh of the 14th dynasty.

A delightful museum located in the old part of Passau, the Museum Moderner Kunst is a fantastic sight for anyone visiting the city on their Danube river cruise in 2016. The basis of the museum’s collection is the work of Georg Philipp Wörlen, a painter and father of the museum’s founder. With the collection comprising of around 2,000 pieces from the likes of Picasso and Salvador Dali to Keith Haring and Horst Janssen, the institution sees itself as a modern and contemporary art hub and it’s well worth a visit. We end our tour in the city of Vienna with the Museum of Art History, a popular attraction not only for its expansive art collection, but also because of the incredible architecture of the building on the Ringstraße, one which is characterised by its octagonal dome. The primary source of its collection is the house of Habsburg, particularly from the private collections of Ferdinand II, Rudolf II and Archduke Leopold Wilhelm.

Among the unique masterpieces which are housed here include Raphael’s Madonna del Prato, Johannes Vermeer’s The Art of Painting and the San Cassiano Altarpiece by Antonello de Messina. As well as the vast painting collection, there are also areas dedicated to antiquities from the Egyptian, Roman and ancient Greek empires – meaning there’s something to please all types of visitor.