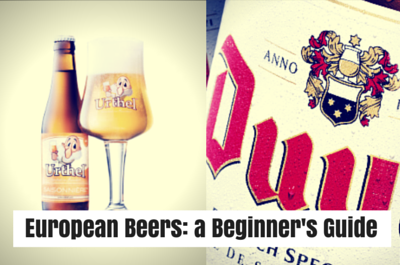 One of the best aspects to discover during your European river cruise holiday is the wealth of European beers, some of which you may never know had existed before you set sail. To give you an idea of what to expect, here’s some of the best names you should keep an eye out for.

A famous beer which has been brewed in Belgium to the same recipe since 1871, Duvel should be sampled by all self-confessed beer fanatics during their river cruises. Translating to ‘The Devil’ in English, it’s a powerful 8.5 per cent that is noted for its light body and distinct fruitiness. If you’re discovering Duvel in a bar, it will likely be served in its iconic glass, the first beer glass to sport the tulip shape. 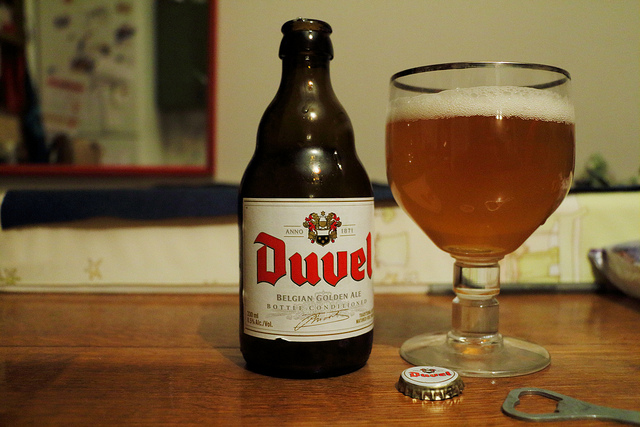 As well as the original Duvel, another variant worth checking out is Duvel Triple Hop. While it is created using three different varieties of hops, one variety is changed each year to provide a unique tasting experience. This year is the turn of Equinox hops, a US variety that adds an aroma of grapefruit, lemon and green pepper to the taste.

Another popular name from Belgium is Urthel, a brand which holds a huge reputation in the beer world despite being only established at the turn of the Millennium. While the company has crafted a host of beers in its short history, the three variants available today are: Saramanth – an 11.5 per cent amber beer with a distinctly heavy taste, Hop-It – a 9.5 per cent India Pale Ale, and Saisonnière – a 6 per cent blonde beer. It’s the latter of the three which is perhaps the most successful, winning the World Beer Award in 2010 after only being introduced a year previous. After we got in contact with Urthel, they recommended Saisonnière as the beverage of choice for beginner drinkers, although there’s no reason why you can’t try the full range.

Despite commercial brewers filing a complaint to ban the Palauner monks from selling their home-brewed beer back in 1634, it’s fantastic taste is still enjoyed all over the world to this day to this day. While it all began with the famous Salavator lager, the Paulaner brand has expanded considerably and today they offer a stunning collection of weissbeers, speciality beers and non-alcoholic beers, not to mention the celebrated Münchner Hell range. After we contacted Paulaner, they put us in touch with Cave Direct, the importers and English representatives of the Brewery. Holding expert knowledge on the Paulaner range, they recommended the Original Münchner Hell for its sweet and malty taste, and the traditional weissbeer for it’s fruity flavour and fragrances of banana, bubblegum and clove.

The European Beer Star Winner in 2014, the great acclaim of the Ayinger Brewery means that they have to be mentioned in our guide. First established back in 1877, the recipe has remained the same to this day and it’s a taste which is enjoyed in cities all over Germany and beyond. The Ayigner Brewery moved to its new home in 1999, a facility which is currently one of the most advanced beer production sites in Europe. 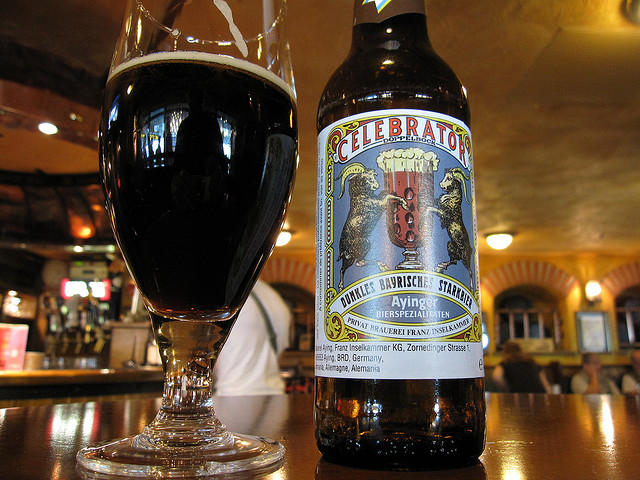 While the likes of Jarhundert Bier, Celebrator and Ayinger Lager Hell are all available in the UK, it’s certainly better to sample these delightful beverages in their original country of production.

Having stood proudly in the town of Bamberg since 1405, the Scherlenka Brewery is a historic landmark of the town. It’s in our guide because of the unique smoked beer which is produced here, which is flavoured using handpicked beechwood logs from Franconia. This sophisticated method of creating beer packed full of taste has been handed from generation to generation, ensuring the same methods and practice are used to create the original product to this day. The Scherlenka Smoked Beer is certainly not for the faint hearted, and while it’s not the strongest beer in our list at just 5.1 per cent, it shouldn’t be underestimated. Brewing in 700-year-old cellars deep in the hills of Bamberg, it is best enjoyed on a visit to the Scherlenka Brewery.

The beer is perhaps best described by the famous caption which is written on the coasters:

“Even if the brew tastes somewhat strange at the first swallow, do not stop, because soon you will realize that your thirst will not decrease and your pleasure will visibly increase.”

Finally we have Kaltenecker, a name to certainly look out for during a visit to Slovakia during your deluxe river cruise on the Danube with us.

Having opened in 1997, the Kaltenecker Brewery is one of the country’s most established and its headquarters in the city of Ro_nava are popular for brewery tours. The beers themselves are distributed all across the country, with many bars in the capital of Bucharest serving some of the 20 kinds of beer produced under the name each and every year. As well as the 20 permanent varieties, be sure to check out some of the seasonal specials, such as Suzuki IPL 16°, IPA Primavera 14° and Maibok 16°.